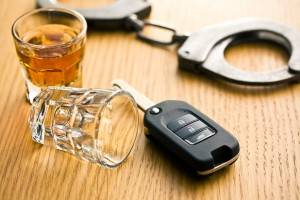 Most people believe that in order for you to be arrested, let alone convicted, for drunk driving, you must have been actually driving. However, this is not the case. You can be arrested for driving while intoxicated even if you were sleeping in the car with the intention of sobering up. This intention to sober up until you are ready to drive again could lead to a conviction for DWI in New Jersey.

Earlier this year, a three-judge appellate panel upheld a New Jersey man’s drunk driving conviction despite the fact that he was not actually driving. The ruling draws on a long-held legal standard that a vehicle does not have to be in motion in order for a person to be “operating” it.

Police found 55-year old John Thompson asleep in his car in the parking lot of a 7-Eleven. He had bought a sandwich, returned to his car and fell asleep with the engine on after eating half the sandwich. The police conducted a field sobriety test after smelling alcohol. Thompson failed the test and refused to take a breathalyzer. He was convicted on the DWI charges based on the failed sobriety test and refusal to submit a breathalyzer.

Although many motorists may be surprised to find that sleeping in your car with the engine on is considered “intending to operate,” the Thompson case, as noted in the judges’ ruling, is not a new decision.

This case is a clear warning that sleeping off a night of drinking inside your car is not the best idea. It is a smarter idea to find a place to sleep indoors. Even better is to leave your car where it is (if possible) and call a friend, rideshare, or taxi to take you home.

If you have been arrested and charged with driving while intoxicated or driving under the influence in violation of N.J.S.A. 39:4-50, you can count on the experienced and knowledgeable New Jersey DWI attorney at Beninato & Matrafajlo Attorneys at Law, LLC to get protect your legal rights.

Call us at 908-355-7100 to schedule a complimentary consultation with one our driving while intoxicated lawyers today.