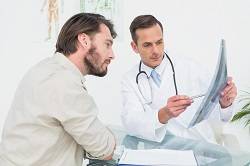 For a while now, there has been a great debate about whether or not there is a “medical malpractice crisis” going on throughout various states in U.S.  However, when confronted with the topic with respect to the state of New York, State Senator John DeFrancisco (Republican, Syracuse), has made it clear that the so-called “crisis” doesn’t exist.

In a statement made by Senator DeFrancisco, it is clearly noted that there is no malpractice crisis in New York State, particularly given this year’s small increase in malpractice insurance.  More specifically, the Senator notes that the amount of malpractice cases that have been filed has decreased since 2007 and the overall costs associated with malpractice increased much more slowly than medical inflation overall in most recent years.

Senator DeFrancisco also noted in his statement that based on the improving fiscal position of Physicians’ Reciprocal Insurers (along with the record-breaking $1.2 billion surplus that Medical Liability Mutual Insurance Company placed on the books last year), major increases in malpractice insurance costs are not likely to occur in future years.  Plus, there have been many studies done that demonstrate that malpractice costs can be lowered considerably by putting into place a number of safety programs that will work to shield patients from harm and lower the amount of preventable medical errors before they occur.

If you or a loved one believes that you’ve sustained injuries due to the medical malpractice of a doctor or some other health care professional or facility, you should know that you don’t have to deal with such an issue on your own.  Please do not hesitate to contact medical malpractice attorney Dan T. Matrafajlo at 908-248-4404 to receive a free consultation regarding your case today and let him help you obtain the compensation you deserve.