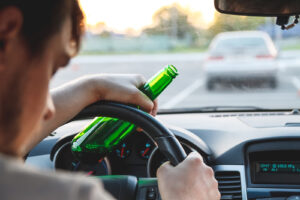 Since the state is committed to aggressively prosecuting drunk driving charges, it is important that you immediately hire an experienced New Jersey DWI attorney to protect your legal rights. With the right legal representation, you will have a greater chance at successfully fighting the charges.

Under New Jersey law, a DWI is not a criminal offense, but a serious motor vehicle offense. Similar to other charges, in order to be convicted on the charges, the state prosecutor must prove certain elements. Under NJSA 39:4-50(a), you can be found guilty of driving under the influence if the prosecution can prove:

You were operating a motor vehicle. The issue of operation is not as clear cut as it may seem. Most DWI cases start with an individual being pulled over. However, in some cases (such as car accident cases), the defendant being charged is not behind the wheel when the police arrive. This issue also comes about in cases where the individual being charged was found sleeping in a running car. The bottom line is that the law is very fact-sensitive on these issues.
You were under a controlled substance that impaired your physical or mental capabilities. The prosecution must prove beyond a reasonable doubt that you were under the influence in terms of having your physical coordination or mental faculties deleteriously affected.

That impairment can be established either by a breath test reading in excess of the legal limit (0.08%), chemical testing or via law enforcement’s observation. The first method is known as a “per se violation,” generally based on chemical testing. The second matter is based on the rest of the observational evidence in your case, such as your field sobriety test performance and the officer’s observations of how you were driving and your appearance.

If you have been arrested and charged with driving while intoxicated or driving under the influence in violation of N.J.S.A. 39:4-50, you can count on the experienced and knowledgeable New Jersey DWI attorneys at Beninato & Matrafajlo Attorneys at Law, LLC to get protect your legal rights.

Call us at 908-355-7100 to schedule a complimentary consultation with one of our driving while intoxicated lawyers today.