When It Looks Like You Were Hurt in a Bar Fight

It almost seems surreal.  You already had a hard day at work.  Be that as it may, you decide to stop at the local tavern and have a few beers with your buddies.  Seemingly out of nowhere, you find yourself involved in a bar fight.   You know you didn’t start it.  So, what does that mean?  Can you start a lawsuit and get some kind of compensation for your injuries?

The short answer is that it depends.  Truth be told, many bar fights involve some level of intoxication.  In fact, the urban dictionary even has an entry for “beer muscle.”  It’s a fact that a consumption of too much alcohol makes for some brawls that would otherwise be avoided.

Can the Bar be Held Responsible?

Of course, there are a number of factors to consider when you’re injured in a bar fight.  Part of the investigation will include determining who started the struggle.  What was the fight over?   And, when it comes down to it, it will be crucial to determine if intoxication played a part. 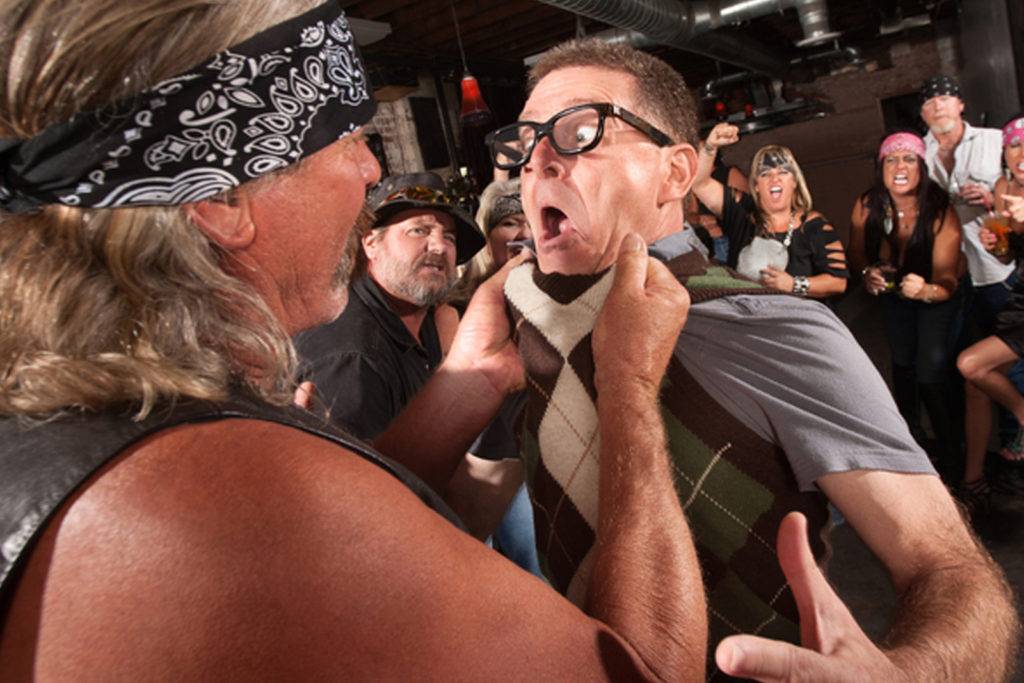 It goes without saying that tavern owners have a legal duty to ensure a safe environment for all of their guests. Candidly, that’s the case for any property owner.  However, bars are unique in that they serve alcohol.  And, just about everybody knows what an over consumption of beer, wine or hard liquor can do to even the calmest of people.

So, what does this mean as far as pursuing a personal injury case for a bar fight?   The tavern has certain responsibilities known as dram shop liability.   In New Jersey, the law that begins to define those obligations is called the New Jersey Licensed Alcoholic Beverage Server Fair Liability Act.

First, it’s a matter of observation and control.  New Jersey law requires that bartenders refuse to sell drinks to the guests who are obviously intoxicated.  Additionally, tavern owners must provide adequate training for their security personnel and servers.

If you’ve ever been in a bar that has bouncers, you’ll notice that they have a no excuses policy when it comes to drunken patrons.   Meanwhile, you might also observe people who are denied drinks.   You should know that the responsibility for watching alcohol consumption goes further.   If you are injured in a car accident because someone was driving under the influence, you may also be able to pursue a case against the place that continued to serve an individual visibly intoxicated.

Keep in mind that when you are looking for monetary damages for your injuries, you are pursuing a case in civil court.   Any assault claims are considered in criminal court.

If you or your loved ones have been injured in a bar fight, you should get in touch with our New Jersey bar fight lawyers. At the Law Offices of Beninato & Matrafaljo, we not only pride ourselves on several decades of experience.  We will provide you or your loved ones with an aggressive and compassionate representation that seeks a positive outcome according to your expectations.  Contact us to schedule an appointment.