No Workers Comp Benefits for Fall in Business Lobby

In a recent unpublished opinion of the New Jersey Appellate Division, the court ruled against a worker who fell in the lobby of her employer’s building. Burke v. Investors Bank, No. A-1551-13T1, (N.J. Super. Ct. App. Div. Mar. 16, 2015) states that there were no workers compensation benefits due for the injuries resulting from this accident. 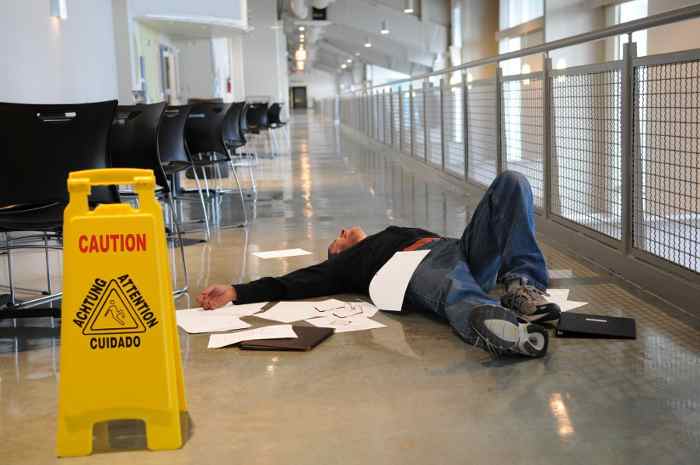 The accident happened when Ms. Burke slipped and fell as she entered the elevator from the building’s lobby. For workers’ compensation purposes, it did not matter if there was something wrong with the floor or its conditions at the time of the accident. However, in order for the accident to be compensable, it was necessary to prove that the employer had some control over the premises.

We have previously given you some information about the “going and coming rule” under New Jersey Workers Compensation law. The court determined that this case fell under this workers’ compensation exclusion. The employer was able to prove they did not direct their employees to use a particular elevator. Further, Investors had no control over the lobby or elevator entrance. Therefore, the court took the position that Ms. Burke’s business day had not yet started.  The court therefore felt the claim was rightfully denied.

When the Workday Starts

New Jersey workers’ compensation laws define the start of the workday to include the following:

There are other occasions that require interpretation of the law as far as what is considered compensable under Workers Compensation Act. This includes police and firefighter on the way to calls and more.

Workers’ compensation law requires the knowledge of an attorney familiar with the intricacies of the benefits available to injured workers. Contact the office of Beninato & Matrafajlo to discuss your case.