When You Suffer Injuries Because of Horseplay at Work 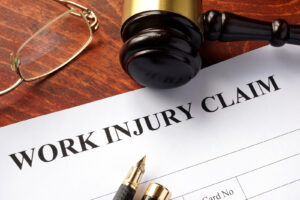 It’s all in good fun until someone gets hurt. What happens when you suffer injuries because of horseplay at work? Can you expect to receive workers’ compensation benefits?

The answer is surely that it depends. What was your role in the horseplay? Believe it or not, the law specifically addresses injury claims involving horseplay or skylarking on the part of fellow employees. According to NJSA 34:15-7.1, it matters if you instigated or took part in the activity.

The bottom line starts with your entitlement to workers’ compensation. Based on proof you neither started or engaged in the horseplay that caused you harm, you can expect benefits. Of course, there’s also the assumption that you were engaged in your employment at the time you suffered injuries.

In the meantime, you might think your co-worker’s acts as intentional or negligent. Pursuing a claim against a fellow employee in civil court proves more difficult. In fact, you may be interested in the results of a case involving a local Union County fire department.

Perhaps it’s just a strange coincidence that the New Jersey Appellate Division ruled on a case involving a prank on April 1, 2019. In the meantime, Johns v. Wengerter represents an unpublished decision. The court considers it binding on the named parties and limits its use for other cases.

First, some background information as provided in the court opinion. On November 27, 2015, Linden firefighter, Raymond Johns was on duty at the firehouse. When he went to the bathroom and sat down on the toilet, he heard an explosion beneath him.

When Johns checked, he noticed he was bleeding heavily from his scrotum. The origin of the explosion seemed to come from a bang snap, a small firework without a fuse. From all appearances, someone placed it on the toilet seat and it denotated when Johns sat down.

The employer conducted an investigation and determined that another firefighter placed the bang snaps throughout the firehouse. Firefighter Thomas Wengerter admitted he did so as a prank. Although he later denied putting the bang snap on the toilet seat, he initially apologized to Johns.

After the conclusion of their investigation, the Linden Fire Department suspended Wengerter for an unknown time period.

As a result of the accident, Johns suffered a second-degree burn on his scrotum and a contusion of the left testicle. The City of Linden arranged and paid for his medical treatment. As you should know, payment for authorized medical treatment represents one part of workers’ compensation benefits.

Meanwhile, the treating doctors decided to place Johns on medical leave until December 9. 2015. Although this would have entitled Johns to temporary disability benefits, he suffered no wage loss.

Johns did not file a workers’ compensation claim, and it does not appear he received partial permanent disability benefits.

In March 2016, Johns filed a civil case against Wengerter, holding him negligent for his injuries. Wengerter denied the allegations and also cited workers’ compensation laws that prohibit co-employees from filing claims when they are both in the scope of their employment at the time of the accident.

One more thing. Wengarter added the City of Linden to the lawsuit. According to him, the fire department knew there was a high degree of pranking among on-duty firefighters. They should be responsible for any damages assessed to him.

Meanwhile, Johns claimed that placing the bang snaps on the toilet seat surely fell outside the scope of Wengarter’s employment. In fact, he considered it intentional or gross negligence.

The trial court ruled against Johns, citing the law on horseplay as establishing compensability for workers’ compensation benefits. The exception to allowing a negligence claim against a co-employee included proof of an intentional wrong. There seemed no indication that Wengarter intended to hurt his fellow employee.

On reviewing the case, the court first considered the issue of the placement of the small explosive. They determined that there was no “evidence that Wengerter’s placement of the bang snap on the toilet was anything other than an ill-conceived prank or “so far a deviation” from work-related activity “as to constitute an abandonment of his employment.”

As far as proof that Wengarter’s acts were intentional? The Appellate Division cited other cases wherein an intentional wrong only happens when an employee “acts with substantial certainty” that harm will occur.

In the end, the court affirmed the lower court’s decision. Johns was only entitled to workers’ compensation benefits based on the circumstances leading to his injuries.

If you were hurt at work, you need experienced legal representation. Contact the Law Offices of Beninato & Matrafajlo to see how we can assist you. We look forward to meeting with you.